ReactJS has been all the rage in the last few years, and with good reason. You can learn all about ReactJS by creating your own web app using the Redux framework.

Which will help you understand how ReactJS works under the hood while allowing you to build an app that can be useful to you or your business.

By following this tutorial on How To Create A Simple Reducer In ReactJS. You’ll learn how to build a web app that’s simple yet effective.

The Facebookdeveloped an open-source JavaScript library that helps developers build interactive user interfaces by assembling components where changes propagate through all components following a set of rules.

React is a JavaScript library for building user interfaces that are maintain by Facebook and Instagram. The library was built to address the shortcomings of traditional web development frameworks. Such as a sluggish virtual DOM that slowed down performance. React speeds up page load times by only re-rendering what has changed on the screen. So it can be an efficient way to develop apps with rich user interfaces.

Plus, thanks to JSX (JavaScript XML), writing React code looks similar to HTML which makes it easy for developers who are used to coding in HTML. You also don’t need to learn new APIs or conventions because React uses standard JavaScript functions like those found in the document object model.

Server-side rendering is a technique that can greatly improve the load speed of your web app, especially for mobile users. Once the browser has finished loading the page, server-side rendering will execute JavaScript on the server to generate HTML markup and send it to the browser. This means that all of your page’s content is available even before JavaScript renders everything. It also allows search engine crawlers to index your pages without waiting for JavaScript to render them.

The disadvantages of server-side rendering are that some modern CSS styles require JavaScript and you’ll have fewer animation opportunities. It’s also more difficult for developers who are used to client-side rendering because many APIs return raw data instead of rendered HTML content.

One of the most cited benefits of using React is that it allows for the better code design. The idea behind this is that because the components are reusable and have a one-way data flow, it makes them easier to test, maintain and reuse. This also means that the code can be written in such a way that it doesn’t rely on any side effects. This ultimately leads to more predictable and cleaner code. It also encourages developers to write code without relying on DOM operations as well. It has been claim that many developers love React because it’s one of the best solutions available today when it comes to architecting large single-page applications (SPA).

What Is A Component In JavaScript?

A component is essentially a self-contained building block in an application that encapsulates some form of functionality. These are use extensively in JavaScript frameworks like React, AngularJS, and Vue.js which allow you to build large applications from smaller pieces of self-contained parts known as components or modules respectively.

React is a JavaScript library for building user interfaces. It was develop and open-sourced by Facebook in 2011. React is not just one thing — it’s actually a set of libraries that can be used together or separately to build different types of apps. The most common way to use React is to render an app’s views as a function of its state, which results in faster and more predictable updates with reduced complexity. Read More: Why You Should Use React.js For?

React.js is a JavaScript library that helps developers build large web applications with data that changes over time. React.js makes it easier for developers to create reusable components. And can also be used for rendering on the server side to improve performance.

This framework helps with rendering UI components and data, handling events from those components, and updating only the sections that need to be update when something changes instead of recreating the entire interface each time (hence the name reactive or reactively). These three benefits alone make this a great choice for any new web project, but there are several other reasons why it should be considered as well. if you’re looking for a robust ReactJS web development company and want to hire ReactJS developers.

React is a JavaScript library for building user interfaces. It is often describe as the V (View) in MVC. But it has more features than just that.

The main idea behind React is to provide a framework to build your UI in such a way that it can stay up-to-date with data changes without having to update the entire page on every change.

This will not only make your app feel more responsive but also make it easier to deal with large amounts of data. React helps you create reusable components, so you don’t have to reinvent the wheel each time. When something needs to be update or change. All you need to do is update this one part and everything else stays unchange. If there are two parts that need similar updates then you can create two components that share the same logic and then simply combine them whenever they are need.

React.js is an open-source JavaScript library for building user interfaces that can be on both the server and the client. The benefits of using React are: it has a small footprint, there’s no need for a template language, and it removes unnecessary DOM manipulation. These benefits make it easier to develop web applications with more complex user interfaces. It also enables single-page apps (SPAs) with high levels of interactivity. React.js lets you use plain old JavaScript objects which provide faster development times and fewer dependencies when compared to some other frameworks out there.

We’re proud to say that we use React in our company because we believe this technology will keep evolving as well as stay relevant for many years to come. If youre looking to develop your first ReactJS application You’re sure to want to find the best ReactJS development company to help you out. With so many companies out there. It can be tough to figure out which ones are good at what they do and which ones even worth your time.

There are three main libraries that you can use to develop a project with React, but each has different strengths:

2. The second is Ant Design, a popular design framework used in China.

3. The third is Apollo Client, which is a GraphQL client for data connections. When deciding on which library to use. It is important to consider what your needs are and how familiar your team members are with each option. If you want the most flexibility in designing and working within your codebase. Then using the official library may be right for you. If you want an easy way to connect data between frontend and backend components then Apollo Client may be best.

Why Use Printed Custom Donut Boxes for Increasing Brand Recognition

How To Pick The Right Wallet For Your Business? 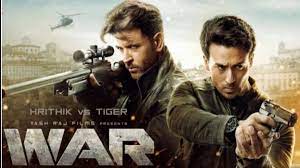 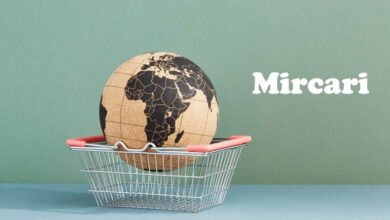