The best solar panel companies in Venezuela, in no particular order, are Solinal, Ingesol, Araf Energy, and Power Watts.

The installation of solar panels represents a solution of choice to save on your energy bill and reduce your carbon footprint. But when choosing the photovoltaic company the doubt arises:

What criteria should I take into account to judge a provider of this service?

Solinal CA is a Venezuelan capital company specializing in alternative energies, founded in 2003.

They have solar electrification projects in rural areas of the country. They have a team made up of experienced professionals in related areas, with more than 20 years of experience. Its clients are in the sectors: of residential, commercial, industrial, public, and private institutional.

Its main services are the representation and import, study and design, integration and manufacturing, marketing and distribution of everything related to power generation equipment through the transformation of alternative energies, such as photovoltaic (solar), wind, and hydraulic.

It has more than 170 facilities throughout the country, both in rural and industrial areas. They have developed pre-assembled kits for those inexperienced customers who want turnkey systems.

They have solar hybrid electric backup projects in several urbanizations in Caracas, each involving 8KW installations.

It has residential and business customers. His area of ​​work is the design, installation, and maintenance of solar systems.

Power Watts is a highly skilled and knowledgeable business that designs and assembles solar panels and backup systems for residences, businesses, and other buildings. They offer advice so that the potential client resolves all their doubts and meets their expectations.

The company also designs solar systems suitable for most applications. After the assembly is complete, they have an after-sales service that handles technical service issues. Although it is a company with little time in the market, it has installed 82 solar panels and 14 inverters, with 12 satisfied customers.

Opportunities for the use of photovoltaic panels in Venezuela

Most of the Venezuelan companies dedicated to the area of ​​photovoltaic panels are relatively young. They operate mainly in rural areas and normally provide other types of products and services, such as hybrid, wind, and diesel systems, among others.

Opportunities for the use of photovoltaic panels

The reason for this is that the country’s solar energy sector has been incredibly underdeveloped up until now because the country’s electrical sector has historically been dominated by plentiful and affordable energy sources based on water resources and fossil fuels.

According to data from CORPOELEC (National Electric Corporation), the generation park of the National Electric System (SEN), amounts to about 24,000 megawatts (MW) of installed capacity, of which 62% correspond to hydroelectric generation, 35% comes from thermoelectric plants, and almost 3% to the distributed generation system, made up of generator sets (power plants).

Photovoltaic panels can be employed in urban or rural areas, and solar energy is a plentiful and free resource that has no adverse environmental effects.

In this sense, if the 3% of distributed electricity generation is taken into account, it can be said that, in Venezuela, there is a market niche of at least 720 MW (about 720,000 Kilowatts) of electricity demand that could be covered through the use of Solar Panels Parker.

Natural characteristics of Venezuela for the use of panels

Due to the geographical location of Venezuela in the equatorial zone, the entire national territory presents very advantageous natural characteristics for the use of solar energy.

The country has an excellent indicator since the average solar potential is 236 watts/m2 if we compare it with the 276 W/m2 of the Atacama desert in Chile, the area with the highest potential for solar energy on the continent.

According to data from the World Bank, most of the territory of Venezuela has an average potential of 4.0 to 4.8 Kwh/Kwp total daily, which is approximately equivalent to 1,461 to 1,753 Kwh/Kwp total per year, this means that the country has some natural advantages extraordinary for the use of photovoltaic solar panels.

There are both new and seasoned businesses on the market that are dedicated to solar energy in the nation for this and many other reasons.

Since the demand for solar panels is constantly increasing throughout the world, due to the fact that it is a clean and ecological, and, therefore, respectful of the environment. Venezuela is a country that has the climatological conditions for great development and exploitation of solar energy.

The advantages of adopting renewable energy sources, such as solar, are numerous:

Photovoltaic panels are perfect for producing clean energy as they are environmentally friendly because they do not produce greenhouse gases.

To reduce the carbon footprint that each of us generates, we must adopt photovoltaics.

It is inexhaustible and renews itself

Compared to conventional energy sources, such as coal, gas, oil, and nuclear (whose reserves are finite), clean energies are as available as the sun from which they originate and adapt to natural cycles, hence its name “renewables”.

Solar panels do not use fossil fuels for their operation: they do not produce any noise, thus avoiding noise pollution.

Who consumes solar energy, therefore, can be sure not to pollute by using solar panels. The environmental impact of photovoltaic energy must be considered positive and always improving.

Today renewable energies, such as photovoltaics, are cheaper than conventional energies in much of the world. Innovation is already resulting in renewable energies becoming the most sustainable solution, from an environmental and economic point of view.

For a country like Venezuela, it would be highly positive to take advantage of the benefits of solar energy.

How Does Having Custom Beard Oil Boxes Benefit You?

How To Choose The Right Digital Marketing Agency 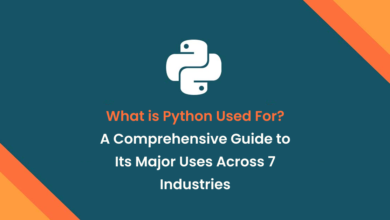 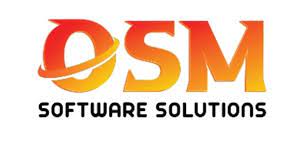 OSMtecno.com Task Login Page And How To Complete Task In OSM